But it also outlines good news for homeowners.

This figures are causing some to speculate that the housing market is cooling off, due to a decrease in real estate investor activity.

Rather than being a cause for alarm, it’s more like a natural byproduct of extremely high investor activity in the real estate market, which peaked in April of 2015, and fell to a modest 15% in three short months.

Instead of being a sign of an unhealthy economy, these declining numbers are more likely a byproduct of the strict mortgage regulations being pursued by the Reserve Bank and the Australian Prudential Regulation Authority (APRA). The APRA introduced these rules at the end of 2014, to help reduce the amount of risky loans on the market.

The increased mortgage rates, which rose to a new high in November 2015, are another reason for the decline in investment mortgage rates.

Financial analysts, such as RBC Capital Markets fixed income and currency strategist Michael Turner, are predicting the housing market could stay cool throughout 2017, due to sluggish population growth and a massive supply pipeline. According to Turner, “”The new price incentive for mortgage holders to classify loans as owner occupier, not investor, are muddying the water.”

What this means for mortgages on the Sunshine Coast remains to be seen.

Looking for your first house? Let our mortgage brokers on the Sunshine Coast help you find what you’re looking for! A great mortgage broker can read between the lines, to help you better assess how the market’s actually performing. 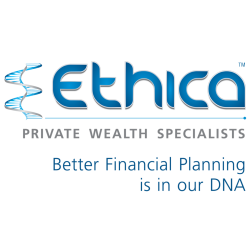 Contact the team at Ethica on the Sunshine Coast to start taking control of your financial future today.

It is without hesitation that we recommend the Ethica Private Wealth team to you. They offer a whole package for wealth management and creation and we could not be happier with their honest, ethical and professional approach. We only wish we had met them 15 years ago.

Hi Michael & Jen, many thanks for your time today & such a great discussion once again. You guys really don’t get enough accolades including from us, you deserve much more positive recognition for looking after everyone as individuals the way you do.

I would highly recommend Michael and his team at Ethica. They are great to deal with. Ethica has helped me put in place a long-term wealth creation plan and have ensured that I understand and am comfortable with everything.

Our experience with Ethica over the past number of years we have been clients has been exceptional. Ethica is a very professional company and all questions asked regarding our investments are thoroughly answered. Their service is wonderful – as are all the staff.

I have known Michael professionally for many years now. He has always impressed me with his ethical approach to business and his willingness to ensure the best interests of his clients are foremost in his mind.